The premiere took place during the Festival d’Avignon in 2015, which was also one of the producers of the show, as well as the Théâtre Massalia. It has since been touring to theatres around France this season.

The play takes place in a big European international airport, in the observation room of the airport medical service. In the room time seems to have stopped and the people too, as they can’t leave the room. They can hear planes taking off and landing in the day, and silence at night.

So they talk, dream andbabble deliriously. They see ghosts. Among the travellers, a mysterious doctor seems to babble too and frightens them by making them have a clearer look at the world around them as the night goes on.

The play asks the audience questions about the identity of Europe today, relationships to foreigners – the others… But it is also an attempt to build a poetic and political way of living in today’s society…

The teenagers, who saw the show at the La Friche, were very moved and impressed, by the actors and by the whole play. They had a lot of questions afterwards. They also felt that they had been considered as (almost) adults to be invited to attend such a show. And they liked it. 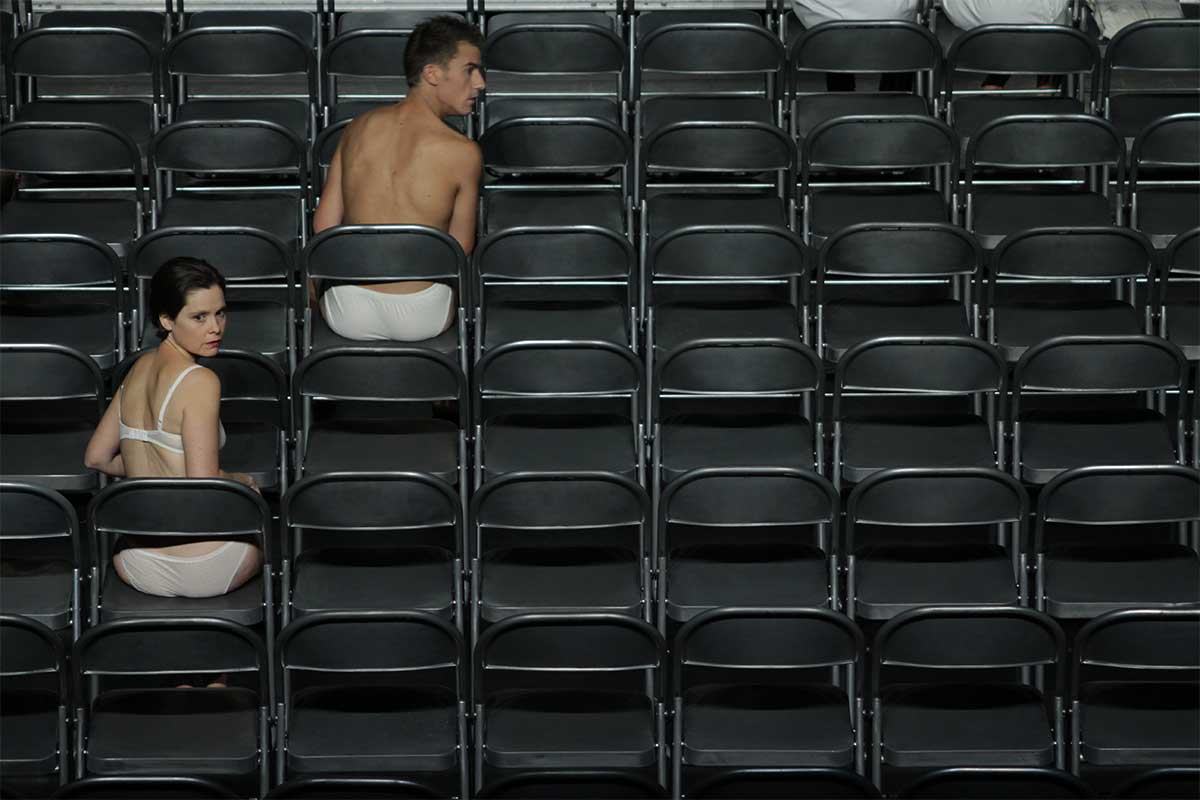