Circus is made using the constant repetition of simple and successful movements. Here it looks like rituals, nonsense rituals. There is no more space and time, no goal, no reality.

It may be a dream or a nightmare, or both…

The two characters don’t have any name, past or future. No one knows why they are here. Questions are useless. Only presence and actions count, for the audience’s enjoyment.

The play is amazing. Sometimes it is slow, because balancing on wood shoring involves a lot of attention to space and rhythm. It is also absurd and of course funny.

It was presented at the end of February in La Friche at theatre Massalia. The young audience liked it a lot and the adults did too: they had fun but they could also see metaphors of some real life situations.

The artistic team also held workshops with two classes of primary schools. The children were happy to discover some circus techniques and to talk about the show. The performance has two versions,
a longer and a shorter performance. We presented the longer show, but the short version has also been very successful and toured both in the south of France and the whole country. 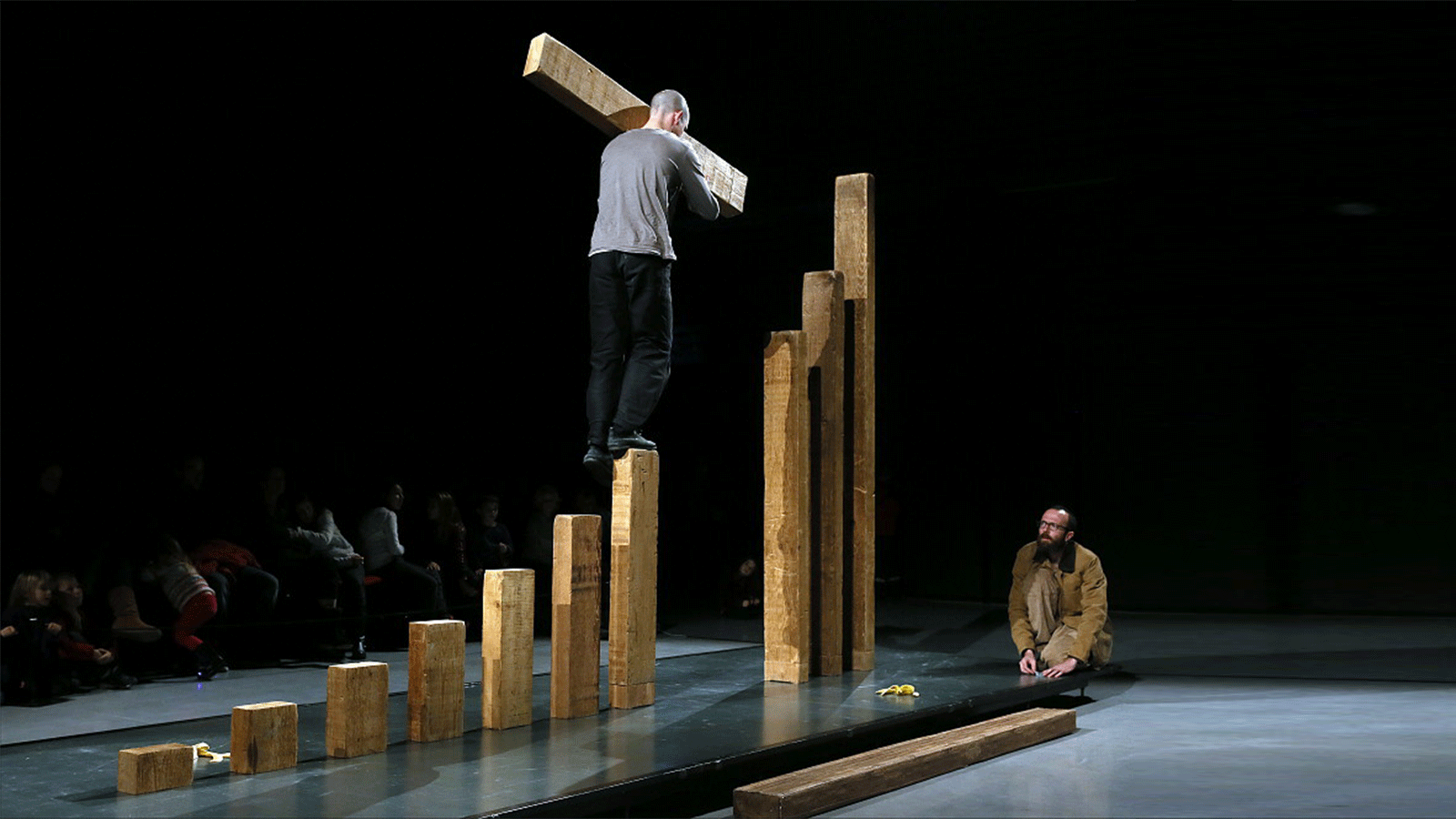