FROM THE NOVEL BY VERGÍLIO FERREIRA

How do we reflect the situation of todays’ Europe and the role that several countries have in this authentic chess game – the international economic and financial policies? We wanted to associate each character to a flag and, consequently, a country.

The show was directed by Miguel Jesus, a member of O Bando’s board and part of the team for about 10 years. For the latter years he has been directing or co-directing (with João Brites) several of O Bando’s shows.

Travelling along Vergilio Ferreira’s homonymous novel, the actors debate the balancing difficulties before time’s inexorability, galloping over bodies covered with an evil emotional nudity: old age. A show with a strong visual impact, happening outside, where the memories scattered into falling objects and images, sliding on an inclined plane towards the void and outside ourselves. 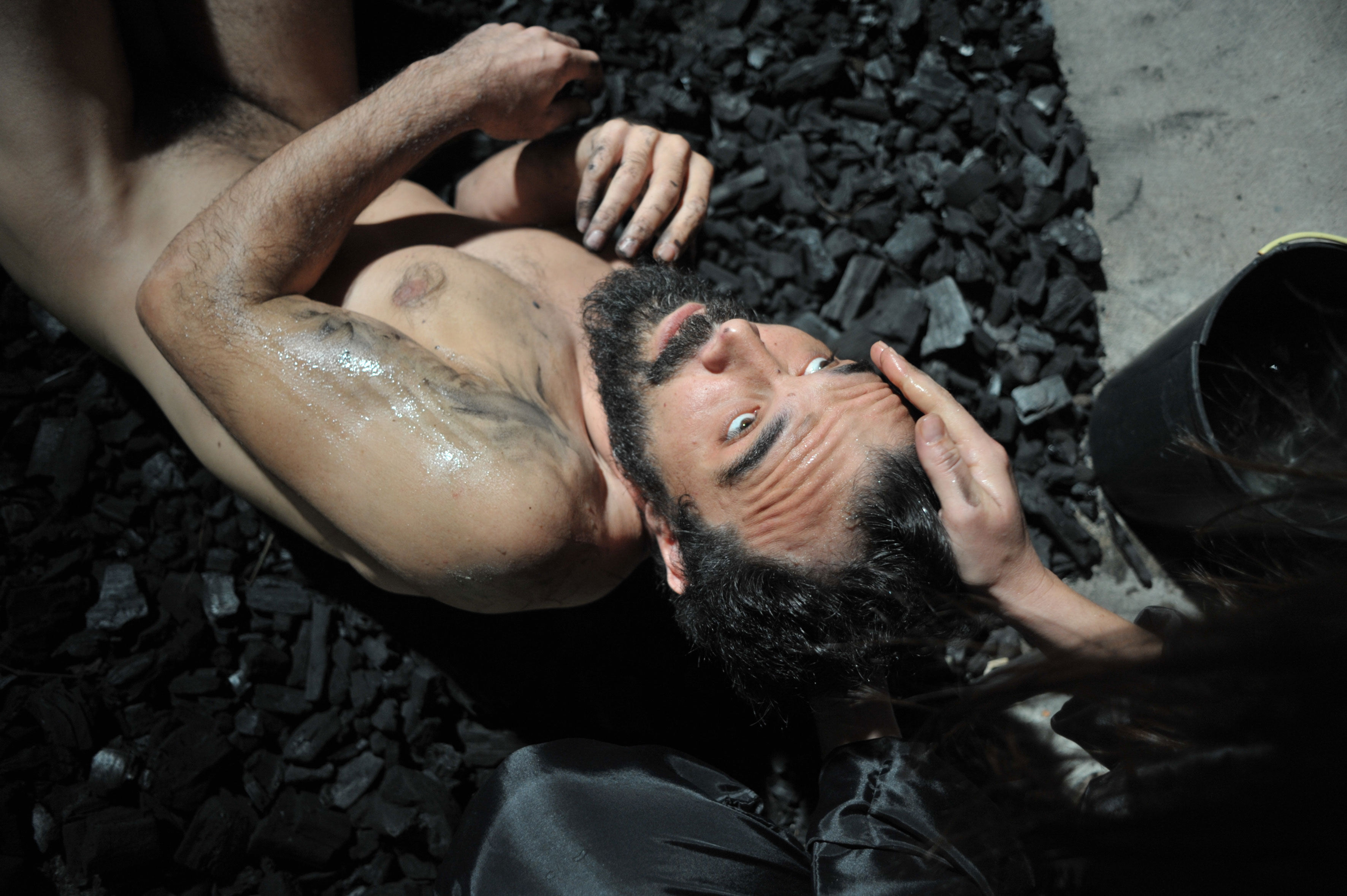 Em Nome da Terra is a story of love and disintegration. “We are naked from the beginning, with no prior shame. A primitive nudity that we won’t know. Then we will dive on the river’s water. And we will gaze at the clear sky and with no stars. I will lower myself and with cupped fingers. I’ll carry water in my hands. And I will say for all future history: I baptise you in the name of the Land, the stars, and perfection. And you will say: It’s time!”