From the unedited text of Abel Neves –
O Cruzeiro, we recognized an inquietude relating to the concepts of family, secrets and promise. On the edge of a stone element the audience accompanies a family through the daily life of a tragic existence with a much greater threat that encircles them. A mother who made a vow of silence, punished by life itself, coexists with the attitude of the father, powerful in the dependence that blindness imposes on him, under whom two brothers survive, both sharing the same passionate stare for a feminine figure that magnetizes the whole family.

The construction of Abstention was purposely different. It was based on a script made for theater, with which we tried to respect the stage directions and the physical spaces where the action of Abel Neves’ text takes place.

How do we represent a village, a store, a threshing-floor, a house, a room without a realistic illustration from the scene of each of the elements of the markedly rural imaginary?

How to affirm this show with a social position, politically concerned in its narrative, where there is a relationship between Ethic, Moral and Power? 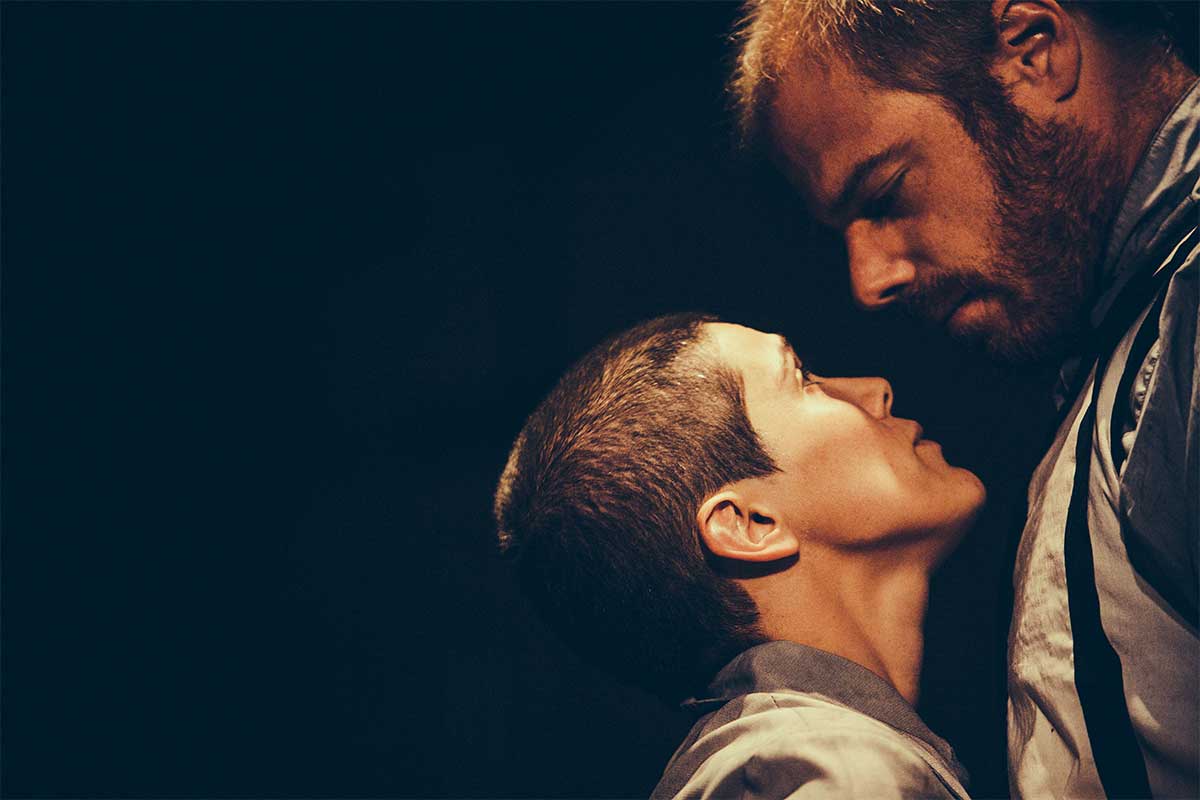