LABYRINTH – a theatre experience you can get lost in

An artistic experiment by Hilde Brinchmann and Johann Prell

This is the story of the magic Labyrinth, which has surfaced in different places at different times throughout the ages of human history. Over the years many people have entered it, but never found their way out. The very last one was Professor Elizabeth Brix, who was very close to unravelling the Labyrinth’s secrets. In order to try to find out what happened to her, her assistants send people into the Labyrinth – the audience is let into it one by one. On their journey the virtual reality glasses uncover elements not usually visible to human eyes. Virtual Reality (VR) meets theatre in this project, which explores how new technology can be used in making theatre for a young audience. 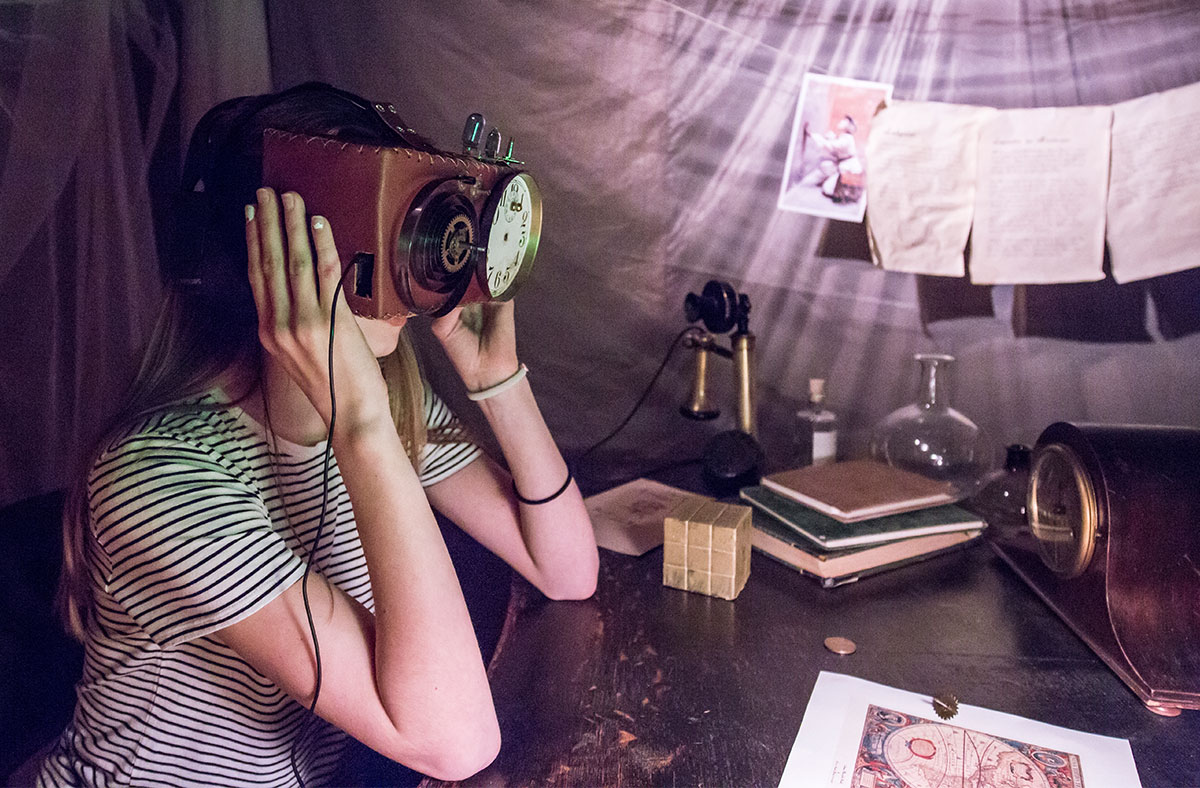