A girl is hiding. She did something wrong when she was trying to do something right.

Can she trust you?

Can you trust her?

What is the right thing to do when it is a matter of state security?

And whose side are you on…?

This breathtaking thriller takes place at secret location in the venues that it tours to. This is a journey that will test the kind of citizen you want to be and question how we should act in more dangerous times.

Will you be a hero or a traitor? #TraitorUK

“The show was the result of a three and a half week devising process with Esther Richardson, Cecilie Lundsholt and Richard Hurford, following on from a series of workshops with a group of Year 10 students from a school in York (UK) that had taken place over preceding months.

The co-production was initially envisaged as an opportunity to reach out to new audiences, especially teenagers, who might never consider theatre-going to be for them, which is where the idea of making a production after hours in a school or public building was sparked. The idea of creating a fiction which was about breaking into a building which you would never normally be allowed into after closing time, felt exciting and perhaps rebellious. As co-producers we also wanted to investigate whether it was possible to make a show that used the resources intended for public good that were already in these spaces (especially the technological resources), and we wanted to work with a theme that would be powerfully relevant to the lives of young people in the UK and Norway and hopefully beyond.

After considering different ideas we found this exchange on Twitter:

Twitter follower: Hero or Traitor? I just think of you as a nerd.

Edward Snowdon: I’m just a citizen with a voice.

It gave us our starting point for the show’s content. In a world that is going through seismic political changes, and where the trust between citizen and State is breaking down, we started talking about the question of how young people can make their voices heard, and became captivated by the idea of making a piece about a whistleblower who has broken into a public space.

A final extremely important aspect of our co-production was our aim to make it fun and participatory for the audience. Since we were already breaking into a public building, what other rules of conventional theatre could we re-examine? We were shaping a story where the audience was a leading character, and the actions of this audience would determine the outcome of the piece: so we aimed from the start to bring together an interactive experience with an action adventure, to create a chance for the audience to decide the kind of world we want to make for our future.” 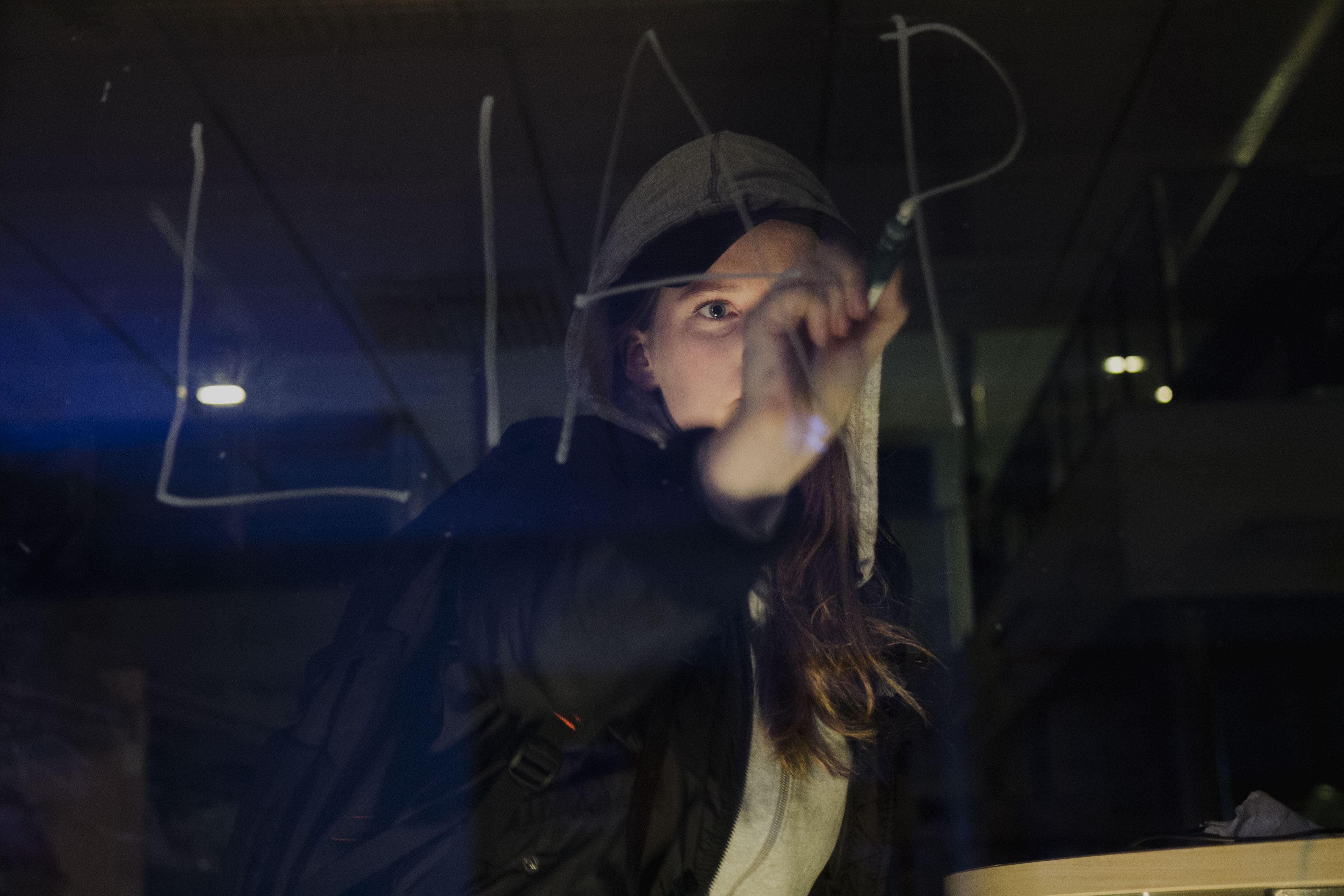