Antigone is Pilot’s reference production for PLATFORM shift+. It is a modern interpretation of Sophocles’ classic play, written by acclaimed playwright Roy Williams, that transports the story to the underworld of urban London. Directed by Pilot’s artistic director Marcus Romer, the show’s design and direction included the use of digital live-feed projection.
Accompanying the show were a series of post show discussions, workshops for both young people and teachers and extensive online education materials. 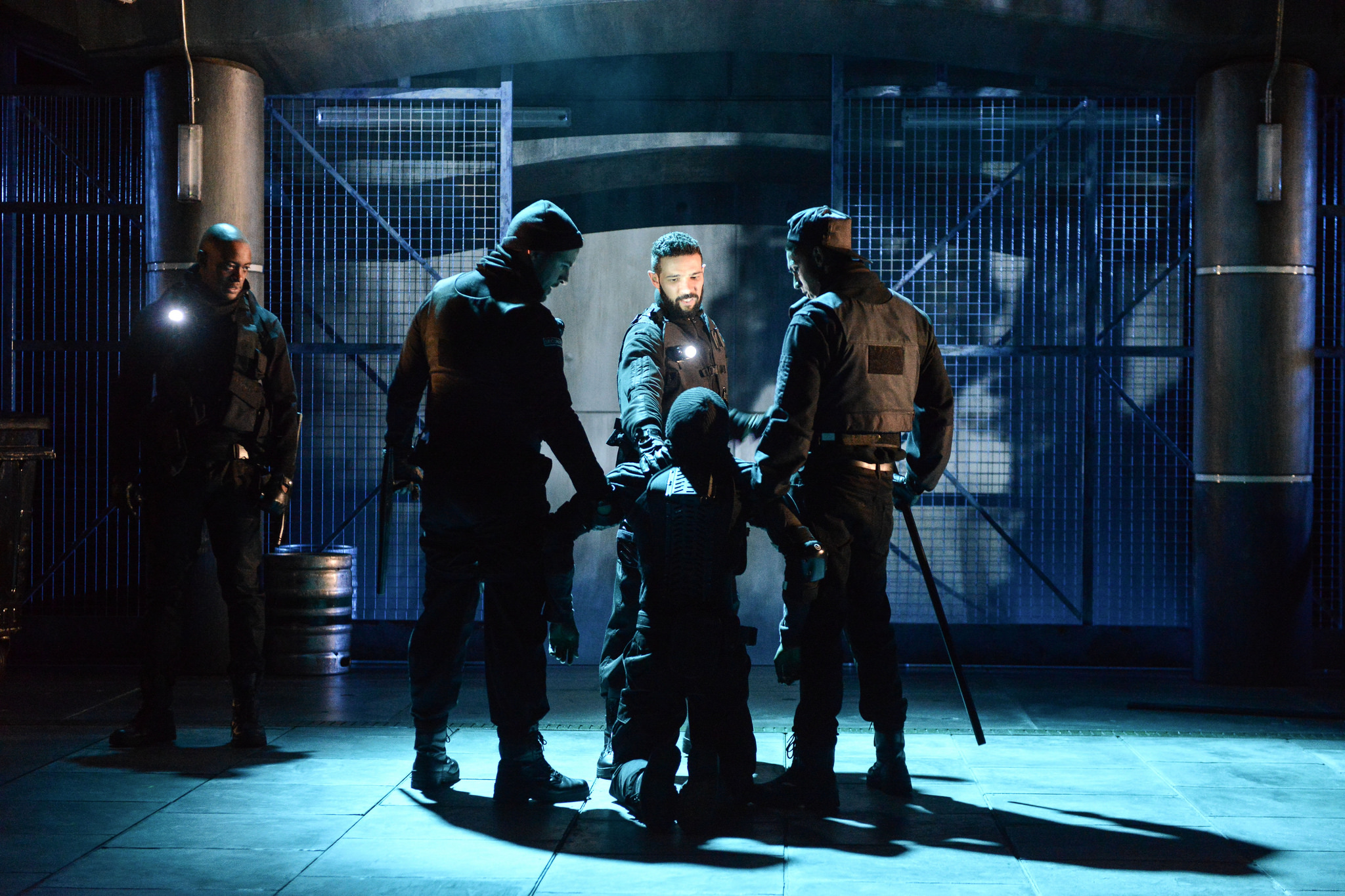 The final performance was subsequently webcast free of charge. The playtext is available from Pilot, published by Bloomsbury.

More information on the production can be found at pilot-theatre.com/antigone