The mute horror of the Small Theatre, Frankenstein, is staged for audiences aged 13+, and combines the approaches of all four ensembles, co-existing under the roof of the South Bohemian Theatre – drama, opera, ballet ensembles and puppet theatre. The story of the insane scientist Victor Frankenstein is regarded to be the first work of science fiction, which was written almost 200 years ago. Developed by the director duo, the monster in the central role appears as a life-size puppet, which the stage designer Jan Brejcha spent over a year creating.

On stage, the monster is animated by a group of four actors, who underwent, before the rehearsals started, a two-week workshop, in which they learned how to work with the puppet. Apart from the puppets, a female organist, a four-member opera choir, the young ballet dancer Katerina Varon, and Vjaceslav Zubkov as doctor Frankenstein, appear on stage. Jan Ctvrník is in charge of the music.
The audience will hear the harmonium, a four-member opera choir, as well as an electronic adaptation of music by Johann Sebastian Bach. 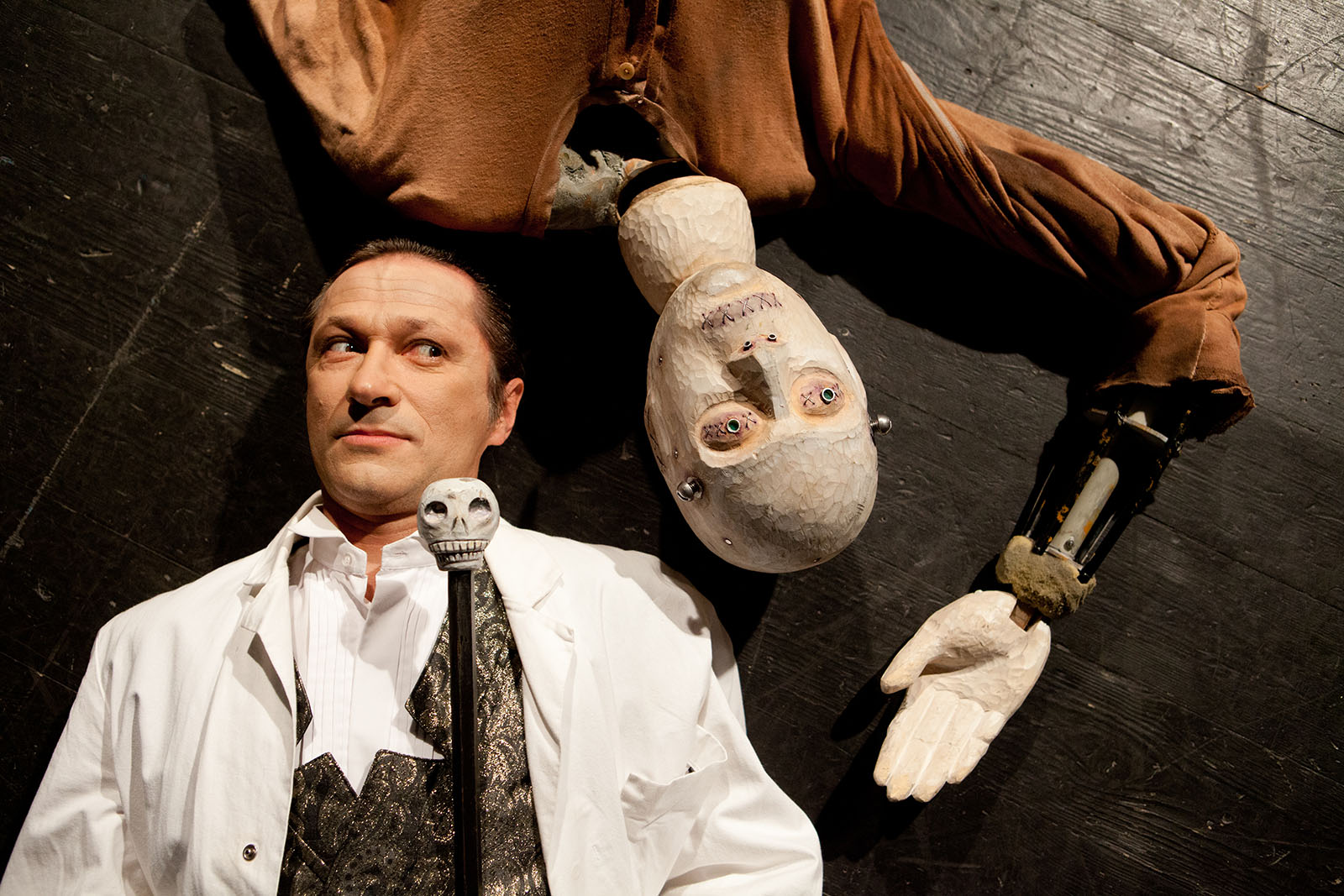